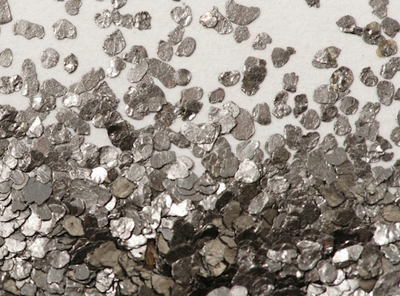 Graphite is one of two naturally occurring crystalline forms of the sixth element, carbon, the other being diamond. It is a soft greyish black mineral with a metallic lustre. A graphite crystal is made up of loosely stacked one atom thick graphene layers much like a deck of cards. These layers can slide around giving graphite its lubricity. Graphite is an excellent conductor of heat and electricity and is relatively inert being unaffected by most chemicals. It maintains its properties even at extreme temperatures in excess of 3500°C, which makes it invaluable to industry.

Naturally occurring graphite is found worldwide and is typically classified into three forms:

The rarest and most valuable form is vein graphite.. As the name suggests, this form of graphite is a true vein mineral as opposed to a seam mineral (amorphous graphite). Lump or vein graphite, as found in Sri Lanka, is usually found in high grade deposits and is highly sought after by both producers and customers. This is because purity is a key consideration. For producers, the higher the grade, the lower the milling and refining cost. For customers it offers the opportunity to offer more flexibility in product applications. It is therefore significant that the initial samples from Canada Carbon's Miller property are demonstrating the extremely high grades associated with lump or vein-like properties in Sri Lanka. 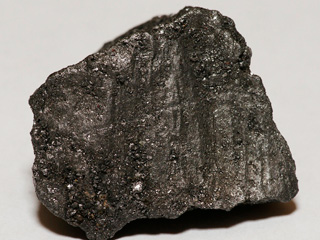 Flake graphite is probably the most familiar of the natural graphite materials and makes up about 40% of the graphite market. It has a graphitic carbon range of 80-98%. As the name implies flake graphite has a distinctly flaky morphology and is a naturally occurring form of graphite that is typically found as discrete flakes ranging from micron size to 2-3m. The size of a graphite flake is a very important commercial consideration. Although one can manufacture small flake from large flake, the converse is not true. Therefore, it is in the best interest of a flake graphite producer to maximize the amount of large flake removed from the deposit.

Amorphous graphite is the least valuable but most abundant form of graphite and makes up around 60% of the graphite market. Amorphous graphite is a seam mineral and is typically higher in ash than other forms of natural graphite. As it is often associated with and formed within coal seams which are not graphitic, it is difficult to separate from the coal and usually results in a lower quality and lower priced product. Amorphous graphite contains 70-75% carbon and is used in many lubricant products especially greases, forging lubricants, etc. In applications where higher ash content is acceptable or preferred, this type of graphite is a good choice.

Graphite's unique collective mineral properties make it invaluable to industry. Natural graphite is in demand, not only for conventional applications such as refractories, lubricants, crucibles, coatings, gaskets, consumer electronics, pencils and advanced polymer systems, but with the emerging applications and green initiatives in nuclear energy, fuel cell and Li-ion battery technologies, the future will require a much higher supply of this unique mineral.

Where is Graphite Sourced

China is the largest exporter producing 75-80% of the world's graphite. There are numerous other countries including Canada, India, Brazil, Sri Lanka and North Korea. Despite being the biggest exporter, China has raised some serious supply concerns for the rest of the world. China closed 180 state-owned enterprises, imposed a 20% export duty plus a 17% VAT, and instituted an export licensing requirement.

Vein graphite is currently only mind in Sri Lanka. However, a recent sampling from Canada Carbon's Miller property has indicated extremely high grades similar to the lump or vein-like properties in Sri Lanka.

There are currently only two properties being mined at this time in Canada, one in British Columbia and one in Quebec. The Grenville geological province of southeastern Ontario and southwestern Quebec has historically been the source of numerous graphite mines dating back into the mid to late 1800's and is now going through a rebirth as the Chinese supply is being more and more restricted, and demand is rising.

Graphite prices have increased significantly since 2005 due to demand from traditional markets such as steel, automotive, and emerging technologies and concerns over China's production and exports.

Graphite pricing is based on direct negotiations between the buyer and seller. Prices are based on size and purity. Larger flake is typically purer and has a wide range of uses so it will often be priced higher. Purity can vary from around 80% to 99.9+%. Most extracted flake may have purity levels of around 95%, but with additional purification, higher levels can be reached, but at a cost. It is therefore not practical to post a price, as each contract may be unique.

Turning graphite oxide into full-fledged supercapacitors turns out to be simple. But until a laboratory at Rice University figured it out, it was anything but obvious.