Asbury Graphite Mine a past producing property made up of 2 claims for a total of 119 ha. It is located 8.1km northeast of Notre-Dame-Du-Laus in the Laurentides Region of southern Quebec. The northern part of the property is subjected to a restriction with regard to wildlife habitat while the southeastern quarter is affected by recent law 14, being classified as recreational use by the municipality of Notre-Dame-du-Laus

Historical exploration by various companies and subsequent resource evaluations lead to an historical production by Asbury Graphex form 1974 to 1988. Open pit mining allowed the extraction of 875,000 metric tons of graphite ore at a cut off grade of 6%, on the current property. After closing, the processing plant of Asbury was leased to Stratmin Graphite Inc.

Historical geophysics (EM) reveals large conductive bodies that are entirely or partly hosted on the current property, some of which having been confirmed as graphitic rock units by drilling. These include a part of an EM anomaly historically delineated by Les Mines de Manganèse du Québec Inc. and two large conductive zones revealed by an EM survey in 1982 on the southern half of the property. A drilling campaign carried out by Asbury Graphex in 1980 confirmed that some of these conductors contained graphitic rocks. Thus the graphite potential resides on these EM conductors axes that are present on the Asbury Property.

Highlights of the Report

Historical exploration by various companies and subsequent resource evaluations lead to an historical production by Asbury Graphex from 1974 to 1988. Open pit mining allowed the extraction of 875,000 metric tons of graphite ore at a cut off grade of 6%, on the current property. 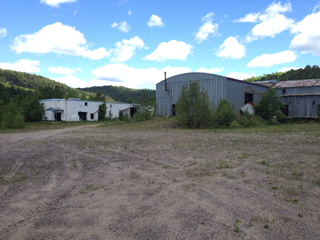 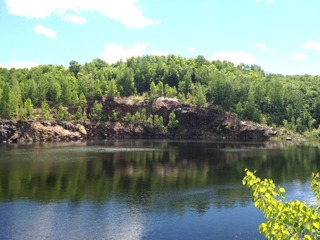 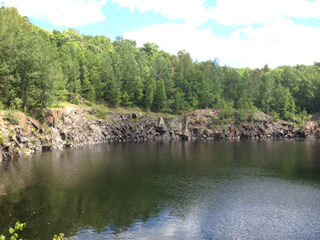 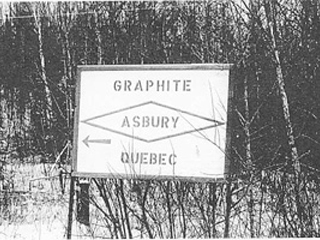 The presence of distinct graphitic rock units is compatible with the skarn deposit model, which may imply several mineralized lenses of comparable quality. In addition, significant graphite mineralisation can also be present along the extensions to the south and at depth from the open pit.

Rémi Charbonneau, Ph.D., P. Geo #290 an Associate of Inlandsis Consultants s.e.n.c., is the Independent Qualified Person under National Instrument 43-101. Rémi has reviewed and approved this release and was involved in the preparation of the technical information.

The report was compiled in compliance with the specifications embodied in National Instrument 43-101 ("NI 43-101 Code"), as well as Standards of Disclosure for Mineral Projects as set out by the Canadian Code for reporting of Resources and Reserves - National Instrument 43-101 (Standards of Disclosure for Mineral Projects), Form 43-101F1 and the Companion Policy Document 43-101CP ("NI 43 101"). The complete NI 43-101 Technical Report is available on SEDAR and on the Company's website at www.canadacarbon.com.