In 1789, Abraham Gottlob Werner derived the name graphite from the Ancient Greek word grapho meaning “to draw/write” for its use in pencils. After being in the doldrums for years, graphite is now “drawing and writing” a new and exciting chapter, as it gains popularity in promising new applications, notably in the manufacture of Li-Ion batteries for electric mobility. Demand for graphite is soaring, driven in part by increased local demand, export restrictions and environmental issues in China, which is the world's largest producer of graphite. The European Union has named graphite as one of 14 critical materials along with the rare earth elements.

Graphite is also found and mined in Brazil, India, Canada, Australia and Africa. Europe has some small deposits. In addition to increased exploration activities, mines are being reopened in all these countries. Economic growth and development in Brazil and India will further strain supplies.

The price of graphite has increased dramatically from $500 per ton to $3000 or more.

Graphite is a naturally formed polymorph of carbon, just like diamond. Aside from being an excellent conductor of heat and electricity, it has the highest natural strength and stiffness of any material. Simultaneously, it is one of the lightest of all reinforcing agents and its high natural lubricity makes it valuable to the steel and automotive industries, both of which are rebounding. The runaway success of the iPad, and other smart devices including ultra-notebooks, has spurred demand even further, as graphite is used in the batteries for these devices. Demand will also rise, as clean-tech and green energy initiatives like fuel cells, energy storage, solar power, pebble-bed nuclear reactors are perfected. Graphite is finding applications in water purification, which is a global priority.

Graphene, which is derived from graphite, is being hailed as a wonder material with new applications being reported, almost daily. Exfoliation of graphite creates a whole new range of products and applications. This offers an exciting incentive to invest in graphite.

Canada is home to 71% of the graphite projects currently being developed, which is a blessing for Canadian investors. Approximately 45% of the world's listed mining companies, over 1600, are listed on the TSX and TSX-Venture exchanges. Canada has some of the world's best geologists who know how to explore and executives who know how to raise capital. As an added bonus, Canada has great infrastructure and is mining friendly.

Canada Carbon Inc. has just the right blend of experienced executives, geologists and engineers to bring its existing and future projects to fruition and generate profitable results in the years to come. 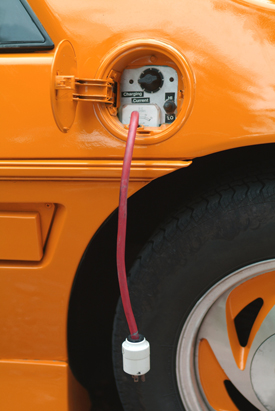